DESCARGAR EN PDF
PDF
The feature article in this third issue of our magazine is devoted to a detailed exposition of the application in Spain of the Royal Decree for the assessment and management of flood risks (1). The article is signed by Francisco Javier Sánchez Martínez, an expert on the subject who, from his position in the General Directorate for Water Resources (Ministry of Agriculture, Food and Environment) is committed to the coordination of the various phases and actions contained in that Royal Decree: a provision which will have -and already does have- a transcendental impact on the efficient management of flood risks in Spain. The Consorcio de Compensación de Seguros (CCS), which is following this process with logical interest, is also cooperating in it and has participated above all in the drawing-up of the measures which, within the framework of the Management Plans, are oriented towards the promotion of insurance.

On another front, two laws have been passed recently in Spain which are of great importance and significance for the entire Spanish insurance sector and also have a considerable impact on the activity and functions of the CCS. One is the Law on the regulation, supervision and solvency of insurance and reinsurance undertakings (2), while the other is the Law for the reform of the traffic accident personal injury damages assessment scale (3). Both replace the laws previously in effect governing their respective areas. The CCS General Manager, Sergio Álvarez Camiña, published a note in this issue about the first law, highlighting the impact of the new aspects of the law on the CCS. With respect to the second law, Alejandro Izuzquiza Ibáñez de Aldecoa, Operations Manager, describes in his article the process for the development of the new scale and points out the differences between the new text and the provision applied up to now.

Moreover, this issue includes a contribution by Rachel Carter, associated professionally with Pool Re at the present time, whose article addresses the problems and challenges of Australian insurance in its approach to the coverage of natural catastrophes. The alternative of setting up coverage schemes with public-private partnership formulas continues to be considered in many countries as an insurance solution to natural catastrophes.

The content of the magazine is completed with a brief discussion of case law by José Antonio Badillo, together with another on CCS current events, centred on the recent Conference of the World Forum of Catastrophe Programmes. 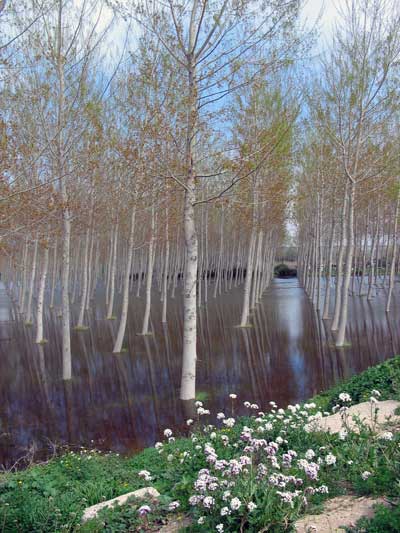 The feature article in this third issue of our magazine is devoted to a detailed exposition of the application in Spain of the Royal Decree for the assessment and management of flood risks.