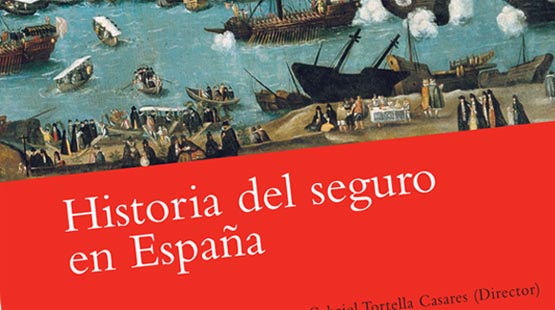 Since this is a (good) Economic History book, there is also a substantial role in it for statistics and even the collection of facsimiles which appear throughout it by way of illustration. As for the statistics, there is a good selection in the final chapters and the annexes, where all sorts of figures and rankings complement the text.

The preface states that the printed edition does not contain an alphabetical index of subjects, companies and individuals as this is available on the Fundación Mapfre website. There is nonetheless a comprehensive list of sources and a bibliography, as well as a glossary of abbreviations and acronyms, which facilitate reading, and fuller information for those who are interested in going into further detail about the topics discussed.
I recommend reading this History of Insurance in Spain to any professionals working in the industry who wish to become more familiar with it and, of course, all students and researchers. It is an important book. And useful too.
"History of Insurance in Spain.  Fundación Mapfre"

Of particular interest in my view is the debate surrounding the proposal to set up an insurance monopoly, which took place within the republican administration during the Civil War and is taken from the minutes of the Banking and Insurance Commission in 1937.

Chapter five examines the Franco era before the Social Security system, the major milestones of this particularly concerning the origin of the Consorcio de Compensación de Seguros  from several compensation schemes that had been created for specific purposes.

Another noteworthy detail from this juncture is the 1954 Insurance Regulation Act and several measures to administer the Social Security system, the employers’ mutual companies acting as partners.
SUBIR