The effects of climate change are making themselves felt increasingly keenly in Spain: longer summers, more common and severe heatwaves, longer and more frequent droughts, a rising sea level which increases the danger of pounding from waves... These are worrying changes that threaten not only ecosystems, but also economic activities, human health and the natural and cultural heritage.
Adapting to climate change brings together a set of responses oriented towards mitigating the risks which climate change originates and which, according to climate forecasts, will continue to intensify and expand in the coming decades.
The National Climate Change Adaptation Plan (Plan Nacional de Adaptación al Cambio Climático, PNACC) has, since 2006, constituted the reference framework which guides public efforts to foment knowledge and put together adaptive responses to face up to climate change in Spain. In 2018, MITECO set itself twin aims:
This assessment process has been conducted within the context of the LIFE SHARA project, “Sharing awareness and governance of adaptation to climate change”, which aims to collaborate in the construction of a society better adapted to climate change, cooperating with all the actors involved, generating knowledge and increasing social awareness.
The assessment process formally began in February 2018 with the setting up of an advisory group comprising experts from different fields: European institutions, State General Government, regional autonomies, academia and the non-government sector. Through its evaluations and proposals, this advisory group has helped to orientate an assessment process that has thrived on input from two complementary sources:
The result was an extensive assessment report identifying the achievements of the Plan, as well as the challenges still outstanding. Among the former, there is recognition of both the substantial effort made as regards knowledge generation, which has produced a good number of sector-based papers that evaluate the impacts and risks deriving from climate change, and the role played by the Plan in managing to encourage public agencies to include adaptation in their agendas.
The assessment also identifies a set of “emerging issues”, which need to be dealt with in greater depth in the future, and it puts forward a group of 38 recommendations with regard to drawing up the new Plan.

The new PNACC must fall into line with the commitments that Spain assumes with respect to adaptation, including those in the EU Adaptation Strategy (2013), the Paris Agreement (2015) and the new EU rules on the governance of the energy union and climate action (2018). It must also provide continuity for efforts already undertaken in the context of the current plan in matters such as knowledge generation about impacts, vulnerability and adaptation, integrating adaptation into legislation or social mobilisation to tackle the challenges which adaptation poses.

PNACC-2 must pay attention to the emerging issues identified in the assessment, notable among which are giving deeper consideration to social and territorial elements in analyses of vulnerability to climate change and taking into account the risks in Spain that derive from the effects of climate change beyond our borders.

Although the process of drafting PNACC-2 will draw on the lessons learned and the recommendations advanced in assessing the current plan, it also embraces an extensive process of social inclusion and consultation of key actors which started to play out from October.

Insurance activity and the Adaptation Plan

Insurance activity is included among the key sectors of undertakings in the PNACC and its work programmes. Insurance represents an essential means of passing on risk, thereby allowing society to enhance its capacity to recover after loss and damage that has been caused by, among other factors, extreme events linked to the climate. It also has great potential for promoting measures to reduce risk, thus contributing to boosting society’s resilience and buttressing the feasibility of strategic economic segments that have to face the impacts of climate change, such as the agricultural sector. Climate change, nonetheless, brings with it variations in certain climate-related risks that could impact adversely on the long-term sustainability of insurance activity itself. This is why risks to the insurance industry that are associated with climate change need to be evaluated and the necessary measures taken to adapt it to this new fact of life with respect to the climate.

In recent years, several actions were carried out concerning adaptation and insurance in the context of implementing the PNACC. Within the PNACC’s programme of permanent seminars, in 2017, a meeting was held on impacts and adaptation in relation to climate change within the insurance industry in Spain. The seminar served as a place for both people who are experts in the scientific world and insurance industry professionals to meet and engage in discussion. Some of the more salient conclusions reached were covered in an article in issue 8 of this very magazine, in the spring of 2018.

One of the needs identified at the aforementioned seminar was that of having a specific analysis available of the impacts, vulnerability and possible measures for adaptation in connection with the insurance activity in Spain. The seminar also served to put together an initial proposal for the content for such an analysis, which has been used as a springboard for a study of the matter that is currently being carried out by the Spanish Office for Climate Change.

Bearing the title of “Impacts, vulnerability and adaptation in relation to climate change within the insurance industry”, as with the 2017 seminar, this report has seen the participation of numerous people from the world of science and the insurance industry. Their input has enabled completion of a meticulously detailed bibliographical review that has engendered an initial diagnosis of the corpus of current knowledge about climate change and insurance activity. 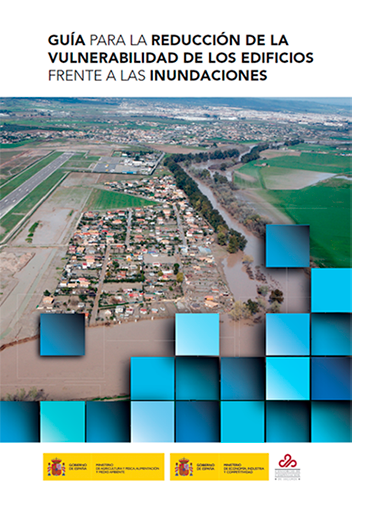 In addition to these moves in relation to insurance activity in general, over these recent years, certain studies and specific actions have been undertaken to enhance adaptation as regards those extraordinary risks that can be exaggerated by climate change, an area where the Consorcio de Compensación de Seguros (CCS) takes the stage as a strategic partner. One example was the 2017 publication of a Guide to reducing building vulnerability to flooding, written in the context of an agreement between the CCS and the erstwhile Ministry of Agriculture and Fisheries, Food and Environment and where the aim was to lessen flood risk. Specific analyses were also conducted of the effects of climate change on certain extraordinary risks, such as the study of Regional climate change forecasts for extreme winds in Spain for the 21st century (2018). These examples allow us to appreciate some of the multiple lines of work that can be explored to boost the role of insurance activity in adapting to climate change, as well as to reduce the risks to the industry that climate change might pose. Given the need to continue working in this direction, insurance activity will continue to be one of the theatres of work set to be included in the new national adaptation plan.

Based on the surveys and interviews conducted, as well as the documental review carried out, the assessment identifies a set of “emerging issues”, which are aspects that have hitherto received scant consideration or which will require particularly noteworthy progress, including the following:
Insurance activity is included among the key sectors of undertakings in the PNACC and its work programmes. Insurance represents an essential means of passing on risk, thereby allowing society to enhance its capacity to recover after loss and damage that has been caused by, among other factors, extreme events linked to the climate. It also has great potential for promoting measures to reduce risk, thus contributing to boosting society’s resilience and buttressing the feasibility of strategic economic segments that have to face the impacts of climate change, such as the agricultural sector.