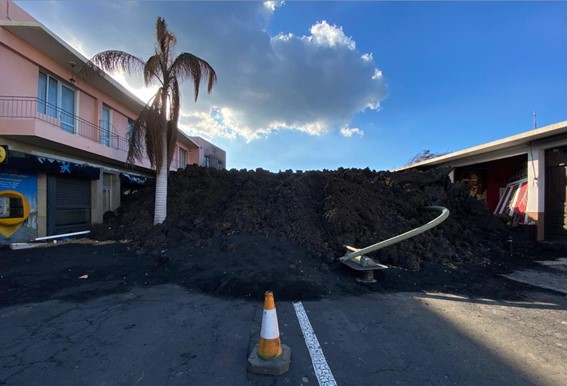 At 2:10 p.m. local time on 19 September 2021, on the island of La Palma in the Canary Islands, the Cumbre Vieja volcano erupted through the western slope of the ridge at a site known as Cabeza de Vaca, at an elevation of some 800 m above sea level and at a distance of some 5 km from the ocean as the crow flies. Lava flows started to affect properties practically from the very outset, because the eruption took place in a populous area with many single homes spread over the land, some towns, many crops, and even some industry.

The seismic activity in the days before of the eruption and certain other factors, such as land deformation, allowed a previous emergency management facilitating the timely evacuation of residents and tourists..

As of 16 December, the volcano appears to be showing signs that the eruption has come to an end. Up until this moment, lava flows have covered a total land area of 1,237.3 hectares (Figure 1) and have destroyed a total of 2,988 buildings according to the Copernicus-EMS service.

The day after the eruption began, on 20 September, the Consorcio de Compensación de Seguros (CCS) issued its first informative note, reminding that volcanic eruptions were one of the perils covered by the extraordinary risk insurance scheme and that the CCS would cover damage to insured property. In that note CCS therefore announced that damage to homes or condominiums, motor vehicles, office premises, commercial establishments and service facilities, other non-industrial buildings, industry, and civil works and infrastructure, whether publicly or privately owned, would be covered by CCS, provided that the property in question was insured.

By 22 September, just three days after the eruption started, CCS had already received the first 40 claims for losses, and these were immediately assigned to claims adjusters. CCS put on extra staff at its Call Centre and kept the lines open on weekends. It should be noted that claims may also be submitted on the CCS' website at all times without restriction, or through the Call Centre, which operates according to a schedule that can be expanded when demand is high, as on this occasion. To complicate matters, this event coincided with numerous episodes of flooding on the southern and eastern coast of mainland Spain.

CCS’ policy is to handle claims made under the extraordinary risk insurance scheme within specified time limits, and under that policy the first indemnities for losses are to begin to be paid out within the first 10 days of an event. This case has been no exception, and as of 30 September more than 600,000 euros had already been paid out for damage to homes.

This event has, however, had certain special features. CCS allows claims for losses to be made by the insured, or by the original insurer or the broker on behalf of the insured, and this was also done in this case. Nevertheless, on the assumption that in many instances the documents of the insured had been destroyed inside the insured buildings, on this occasion CCS recommended that claims be filed by brokers or the insurers, because they also had the documents needed to start processing claims. CCS has thus, ex officio, carried out a good part of the procedures before the Land Registry Office, credit institutions and insurance companies to obtain information and clarifications, avoiding the policyholders having to do them.

Another special circumstance peculiar to this event is that in most cases the adjusters have not been able to inspect the properties that suffered the losses, because access had been cut off for obvious safety reasons on account of continuous overlap of lava flows. This has made it necessary to resort to using information obtained by satellite and by drones and then superposing the information collected on the cadastral survey maps to identify properties. Total losses of the properties were verified in most of these cases (Figures 2 and 3). More conventional claims adjustment has been possible in many cases where the damage has been caused by ashfall.

CCS also announced the conditions for indemnifying losses, namely, the usual for extraordinary risks: indemnification up to the limit of the sum insured in the original policy. Business interruption or losses because homes had been made uninhabitable were also covered if included in the original policy. Indemnities for damage to commercial and industrial properties and civil engineering works would be subject to the statutory deductible of 7%.

It was also announced that ashfall damage that could be confirmed by claims adjusters (Figure 4) would also be considered to be eruption damage and indemnified accordingly, including the cost of cleaning up the insured property. 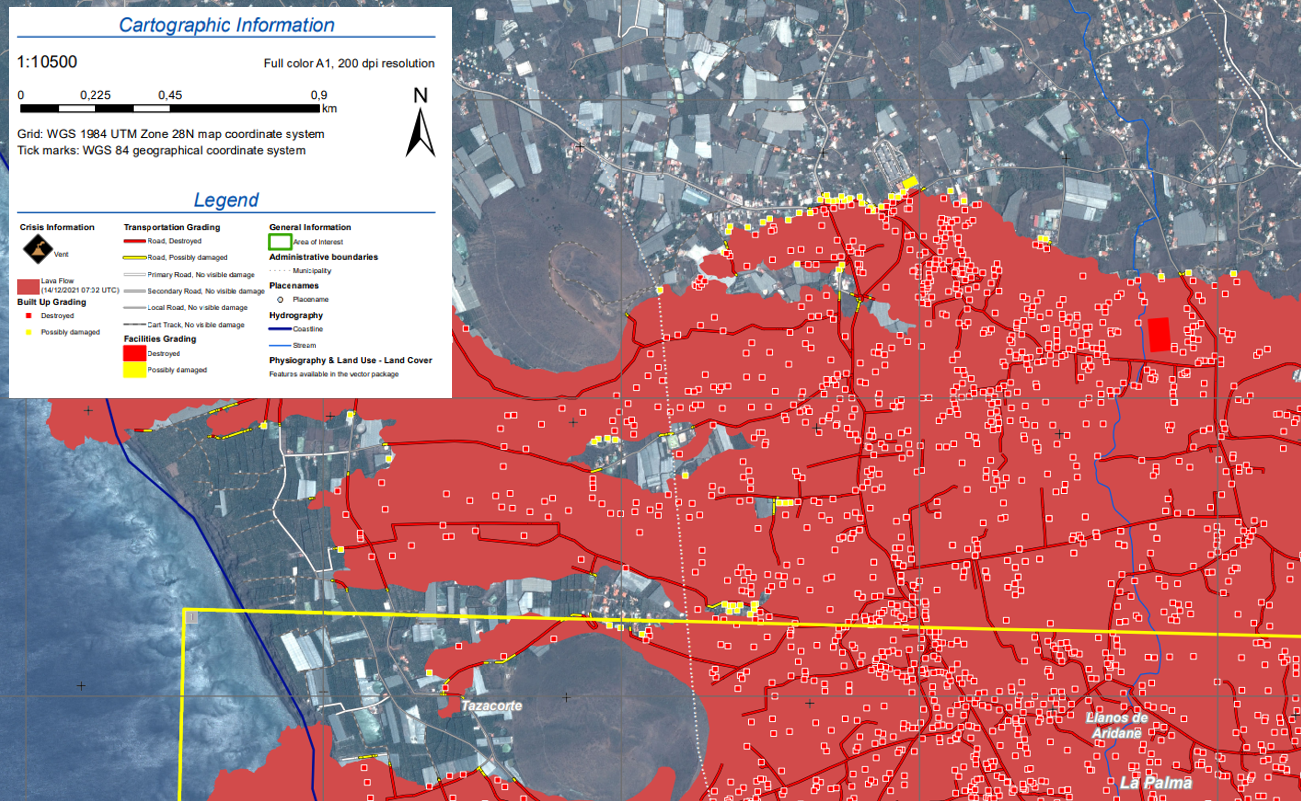 Figure 2. Example of visualisation of areas and properties destroyed (shown in red) or affected (shown in yellow) by the lava flows.
Source: Copernicus-EMS. 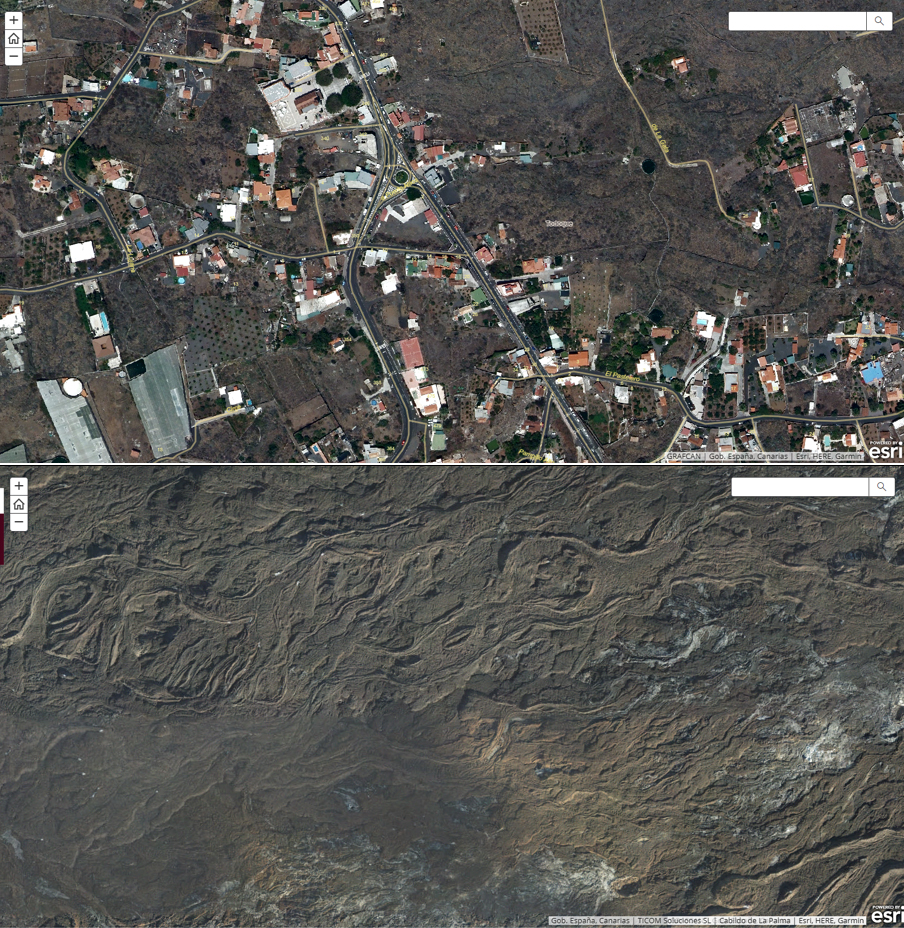 Figure 3. Before and after the eruption in the vicinity of Todoque in the municipality of Los Llanos de Aridane.
Source: La Palma Island Government viewer.

According to law, there is a 7-day waiting period from when an insurance policy has been signed or the sums insured under a pre-existing policy have been modified and entry into force of the CCS’ extraordinary risk covers or of the updated policy terms under the extraordinary risk insurance scheme. CCS decided to take, as a general rule, the date on which the lava or ash damaged each individual property as the date of the loss, where a date could be established, instead of the starting date of the eruption.

By 16 December 2021 CCS had received a total of 2,632 claim applications for 2,160 homes; 201 motor vehicles; 252 business, hotel, and office premises; and 18 industrial properties spread among all the island's municipalities (Figure 5). Damage in the areas closest to the volcano's vents (Llanos de Aridane, El Paso, and Tazacorte) was caused mainly by lava flows. In the other areas damage was caused chiefly by ashfall and seismic activity. In 44% of cases claim applications were submitted by insurers and in 34% of cases by brokers, both acting on behalf of the insured who had suffered the losses. In 22% of cases the claims were submitted directly by the insured. By method of submission, 54% of claims have been filed using the CCS’ website and 46% through the Call Centre. 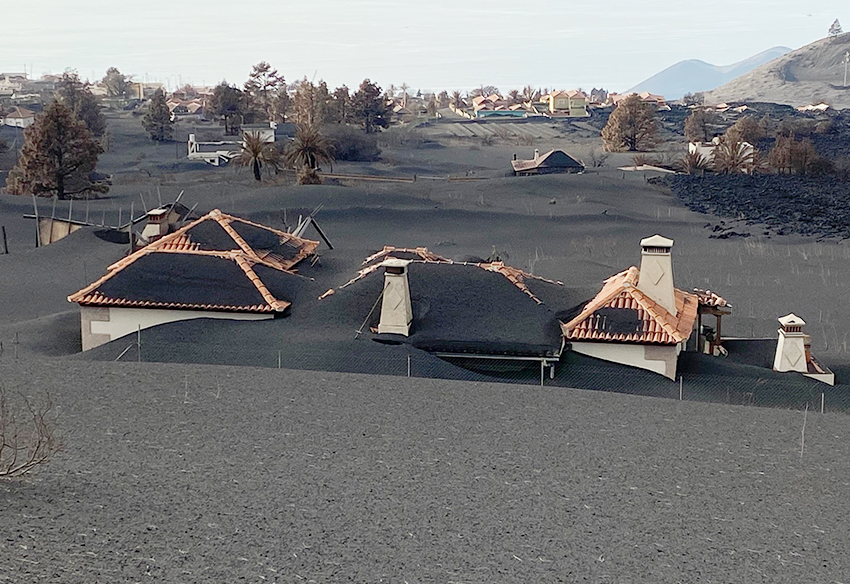 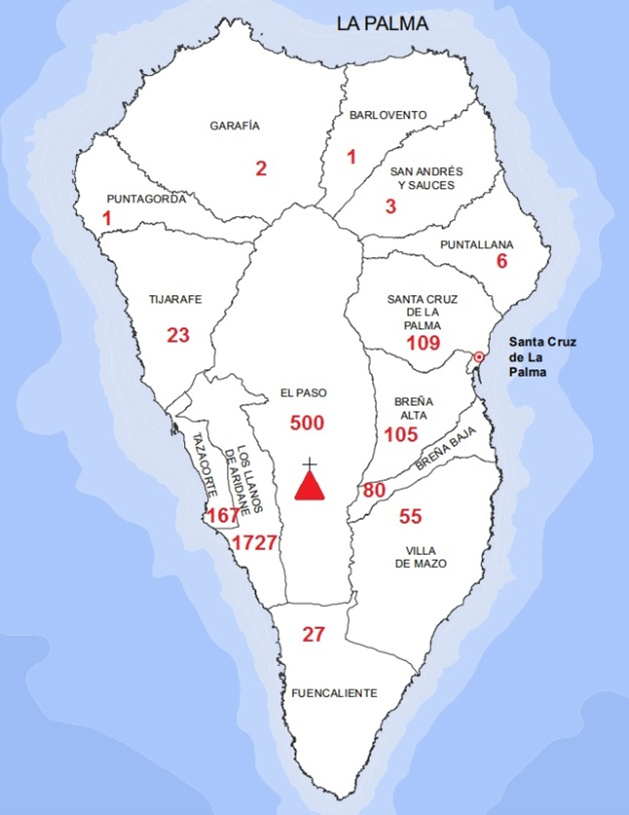 Figure 5. Source of the claims submitted to the CCS by municipality as of 16 December 2021.
Source: CCS.

Acknowledgments: To the Geological Survey of Spain (IGME), to the Spanish Emergency Military Unit (UME) and to the other bodies and security forces of the State, for their work in the management of this eruption and for facilitating the work of the Consorcio de Compensación de Seguros in claims handling.